A bit over a year ago I started revamping our build pipeline at work and moved from a 100% MSBuild process to mostly psake. We run everything from a single psake script, including cleanup, build, packaging, unit tests, unit test coverage and report generation. The main goal with this process was to produce a completely self-contained build process so that any developer in the team could just run the full build as it would run on the build server. This is great and it helps a lot when trying to troubleshoot a build issue. However, one of the drawback is that we can't use any of our build server's integrations to run our tests and test coverage and import the results. The main reason I really wanted this integration to work is that we could then fail builds when the test coverage drops. It would also make the coverage report more readily accessible for the team to look at when needed (they were previously only included as one of our build artifacts, meaning they would mostly get ignored)

We recently moved to TeamCity and importing our NUnit test results to the system was quite easy thanks to the XML report processing feature.
However, there still doesn't seem to be an easy way to import our test coverage statistics from the OpenCover reports. OpenCover is great but the tooling support for it still leaves much to be improved. Well, that was until I found out almost by accident that it is possible to import these statistics into a build results by simple writing messages into the logs. This mechanism is called "service messages" and is available in the TeamCity online documentation.

The list of valid key you can use to report build statistics is available there: https://confluence.jetbrains.com/display/TCD9/Custom+Chart#CustomChart-DefaultStatisticsValuesProvidedbyTeamCity
For reporting test coverage statistics you just need the following:

So what I was trying to achieve is to write something like this to the logs (this is a test project, so ignore the low coverage, this is normal):

So now I need to edit my psake script to somehow parse the results. There are a few options here, and I initially tried to parse the OpenCover XML reports. This wasn't really fun though as most of the values I needed were not readily available in the report and needed to be calculated by parsing the entire report and calculating them.
Then I realised that all I wanted was just there in front of me. Looking at my build logs, here is what I found:

It turns out OpenCover is already writing out a summary to the logs, which contains all the information I needed. So I decided to take advantage of that and parse the output instead of parsing the coverage report. So back in my psake script, I am now storing the stdout from OpenCover in a variable (using | Out-String) instead of letting it write to the host directly:

Note that I am still writing out OpenCover's stdout to the host so we still have human-readable output in the logs.

The last part was to write the "Export-TeamCityCoverage" function to parse the string and extract the coverage statistics:

There is a lot that can be improved with this script, but it does the job.

After running my psake script from TeamCity I can now verify that the code coverage statistics have been found, and indeed they have:

Another option would be to write a plugin for this, in the same fashion the "XML Report Processing" plugin parses my NUnit reports, but that would get much more complicated very quickly.

If you have another solution to publish your code coverage statistics to TeamCity, please share in the comments! 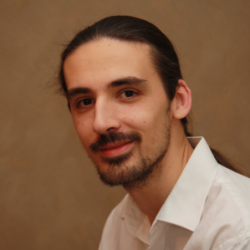 About Fabien Ruffin
Sydney, Australia
Hi, I'm Fabien Ruffin and this is my blog. I also create courses for Pluralsight, mostly about Continuous Delivery and various cloudy things and sometimes speak at conference or other events.
Next Post : Start building your online identity, NOW!